In 2016 when I first traveled to Norway to Lofoten, a friend of mine took a picture of me wearing a unicorn mask, sitting next to my dog. At that point I didn’t know it will become a part of a bigger, long-term project. I had that mask since 2013 when I moved to Amsterdam and had one of my big life-changing moments, but I haven’t used it in between so much.

In 2018 when I was experiencing a big creative calling, I used the mask for the first time: alone at home, using white and blue body paint to create the first crazy look. Later on, I took many different pictures, both alone and with thanks to many friends. This became a collaborative project. None of us were professional artists; none of us were photographers or models. But we made it work thanks to our curiosity. 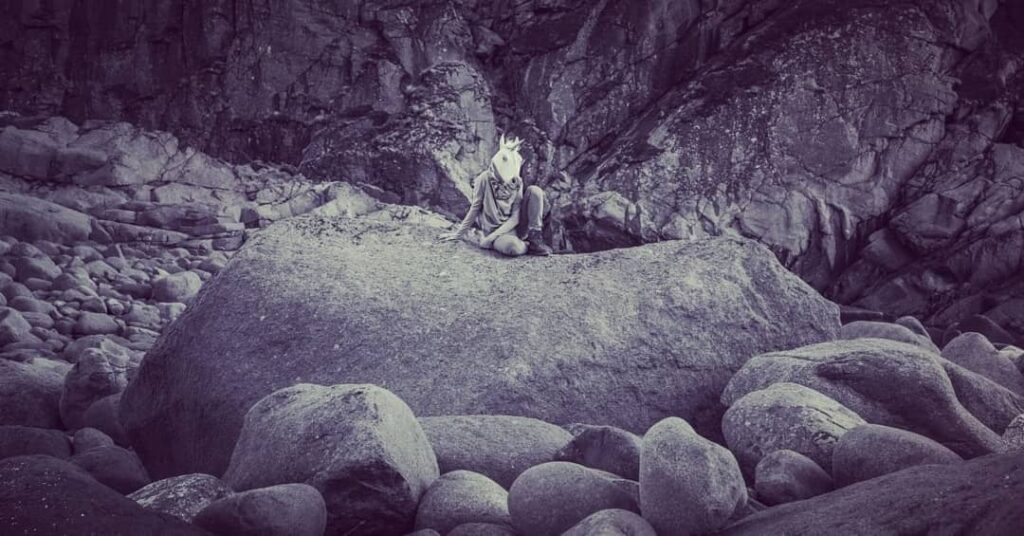 The more I wear the mask, the fewer masks I wear in my everyday life.

Thanks to this project, I got to know Thomas of Norway, a beautiful human and dancer also known as HeCreature. Him as a merman and me as a unicorn, we created a series of serendipitous images. You can see some of the pictures here and on our Instagram accounts.